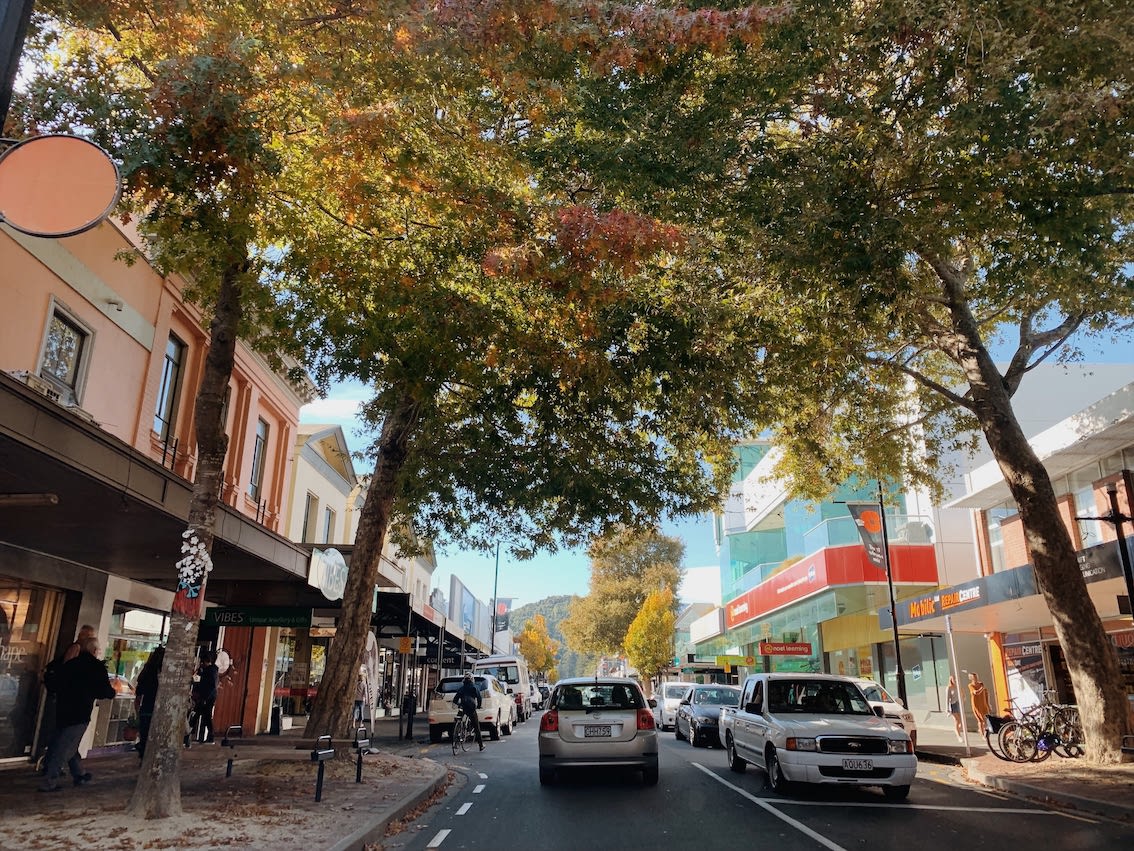 This weekend we were in sunny Nelson, where the air has that characteristic South Island crispness to it, and the sun stings just a little more than usual.

In the majority of places that I’ve lived, the trees are evergreen. So it’s always a small delight for me when varied hues from greens to deep ambers cover the ground and skies. Autumn actually looks like autumn, here.

Driving out to Motueka as the sun bled through rich, multicoloured leaves, I’m reminded of this peculiar footage my sister found after purchasing a second-hand VHS camera from the local hospice shop. The video was from an older gentleman, embarking on a roadtrip in his caravan to visit friends and family, scattered across the South Island. Scenes from the tape were long and uneventful, as home videos are, with random cuts and cheesy preset transitions, straight from the camera.

There’s a certain spookiness to the footage — its stark authenticity makes it feel unreal. Watching it, I found myself looking for clues that the videographer left for his audience, only to catch myself and realise that this video may not have been intended for an audience at all.

Perhaps the eerie vibe is also due to the fact that most “found footage” we’ve seen is not found footage at all, but Hollywood blockbusters with million-dollar budgets, using the markers of authenticity as a veneer over fantasy. Thinking back on it, this is the only “found footage” I’ve seen that was actually found, actually real.

It makes me think a lot about the performed flavour of authenticity we’re so used to seeing in the Instagram age. How we’ve come to distrust everything, even things that look and seem real. And in a time where everything “looks” real, the reality of everyday things starts to unravel. It’s funny, we wanted plentiful and instant connection, and for that we traded in a shared reality, the very foundation that our connections are built off in the first place.

Watching the man drive south, we wondered whether he would still be alive, knowing he probably wasn’t as we said the words aloud. The tapes are timestamped “MAY, 1999”, but it was the feeling of the trip that gave it away. It felt melancholy, final.

Every now and again I think about the man from the tapes. Did his family make a copy of the footage before donating the camera to the hospice shop? Did they archive the tape, treasure the footage like my sister has? We can never be sure. The friends he visited, alone themselves, seemed to tolerate his presence. His family, while friendly and polite, were restrained in their interactions. It was probably the usual awkwardness around a relative that you only saw occasionally. I wonder if they knew that it was, I assume, the last time they would see him. I wonder if that would have changed anything.

One of my favourite scenes from the tapes is one taken at sunset, while the man had stopped for the night at a small campsite next to a field. The sky on the video is a gorgeous gradient: from bright cyan, to pastel purple, to fiery pink, to a peachy orange. The gradient forms a line of intense colour behind the mountain ranges.

“Isn’t that just gorgeous?,” the man remarks as he zooms closer to the gradient. I imagine how stunning it would’ve been in reality.

The scene abruptly cuts. It’s dark now, but you can still see the sky outside. We’re sitting next to him inside his campervan, and he is holding a cup of warm liquid. Milo? Tea? He doesn’t speak.

It’s morning again when he sets out on the road, and there is a low line of fog across the field. I can almost feel the dew on the grass, the cold hitting my toes, the sting of the air as your breathe it in. The echo of campground toilets, the weird hand dryers that never completely dry your hands, the greasy stuffy feeling on your face as you try and slap yourself awake.

When the last tape ends, my sister and I share a look. “Are there any more?,” I ask. “That’s the last one.” We sink into an unresolved silence.

Greg and I are sitting outside a café in the sun as I remember the man from the tapes. There is someone playing a Chopin nocturne on the public piano at the end of the block. The sound of harsh bagpipes drift from further down the street, and the café next to us is blasting some lo-fi beats. The public pianist is playing some of my favourite pieces, and they’re pretty good. I kind of wish everything else would shut up.

I watch a waitress patiently clear tables of used Acme coffee cups and saucers, and my left arm and leg are burning from the sun, and my right arm and leg feel a bit chilly in the shade. The sun is lower in the sky now. It shines through the same hues of green, yellow and deep amber like I saw in the man’s video. It’s autumn, where autumn looks like autumn. It’s time to head out on the road.■ 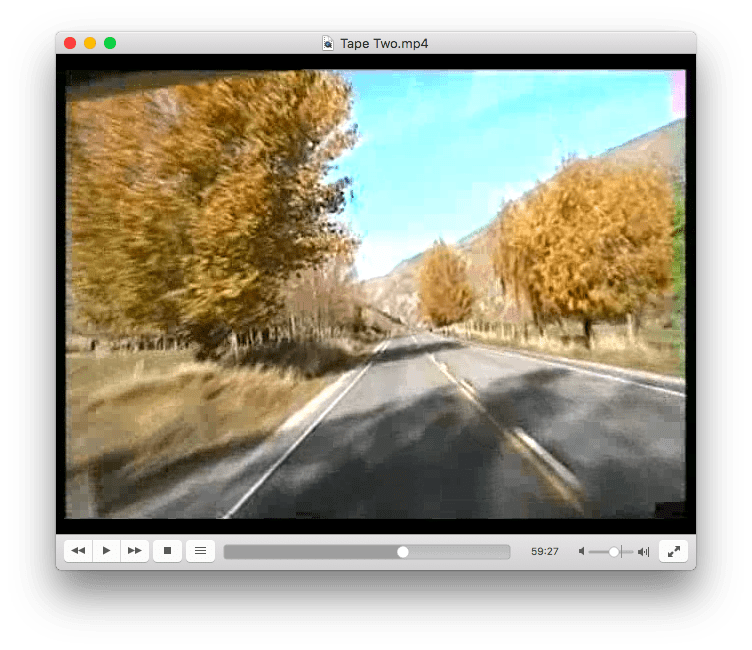 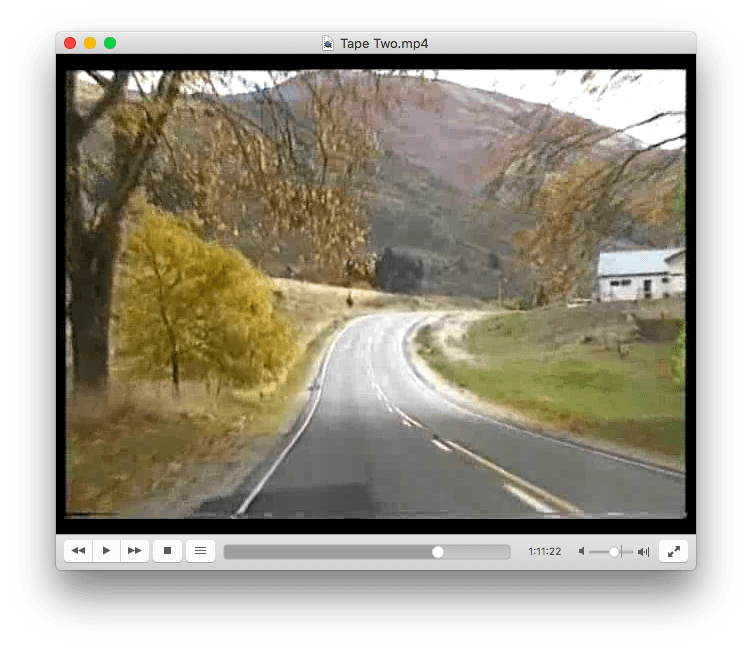 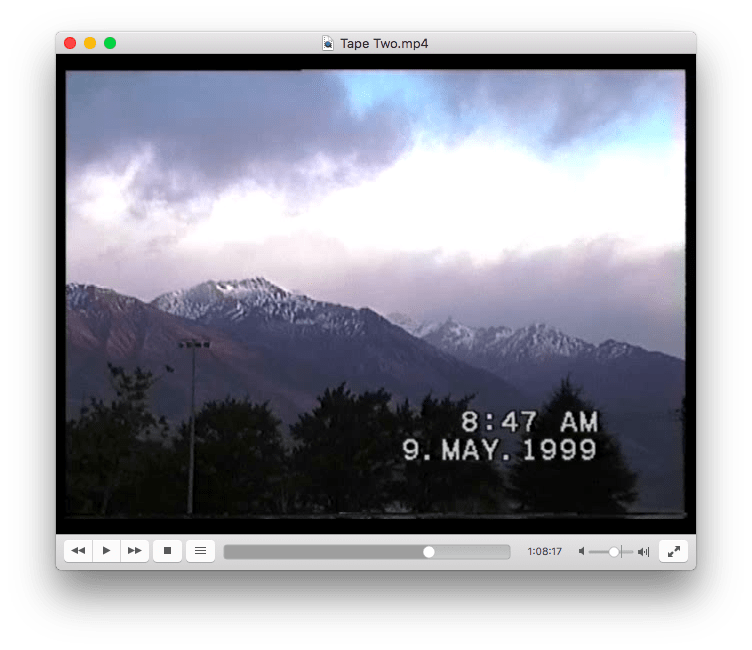 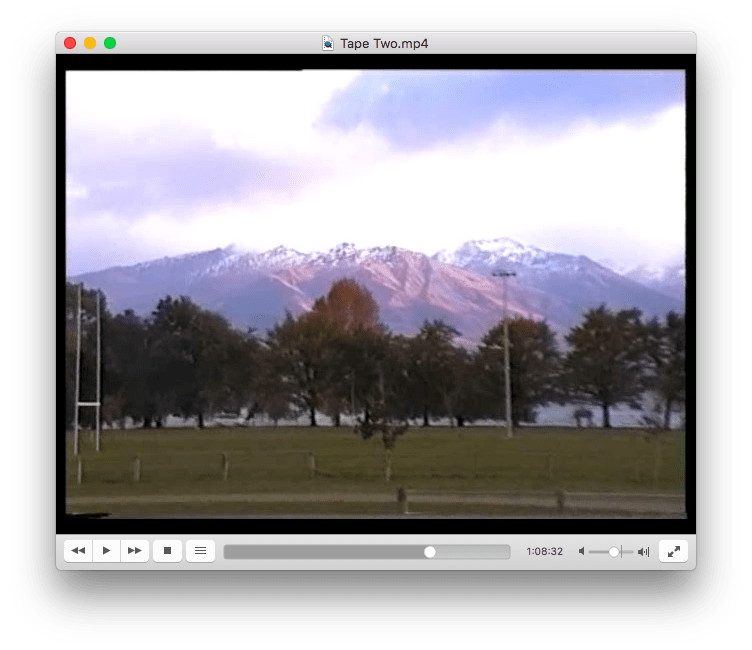